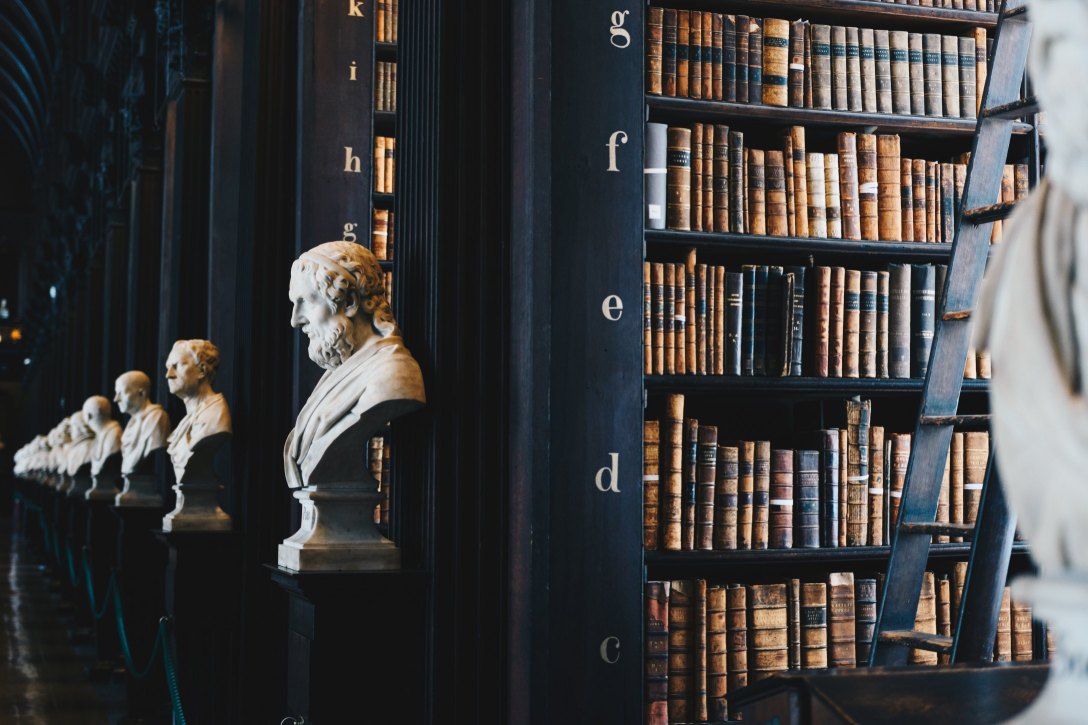 Since I recently finished reading a few selected dialogues of Plato (Ion, Apology, Phaedrus, Symposium, & Protagoras) I’ve decided to share a few reflections and thoughts from my reading. To be honest, I wasn’t excited about reading Plato. I still had memories from college of reading Plato’s depiction of Socrates relentlessly questioning every poor sole he runs into. Although the conversational format that Plato offers is a breath of fresh air in some ways, the dialectic back and forth often gets exhausting. You eventually wish that Plato would just get to the point. For Plato (and Socrates for that matter) there isn’t necessarily a “point.” A better way to say this would be—the point is the method (i.e., the dialectic method). Socrates stood in such great contrast to other philosophers and rhetoricians who wrote long treatises and speeches where they espoused “truth.” Along comes Socrates, the self-proclaimed “gad-fly” of Athens, who shows that the philosophers and speechwriters really have no idea what they’re talking about. He shows them that they don’t really know anything. In Plato’s works, Socrates hardly ever proclaims to known anything besides the that he knows nothing.

While Plato’s works are certainly entertaining at times and bit boring at others, I’d encourage each of you to “pick up and read!” (in the words of Augustine’s God). There’s no shortage of quotes I could share of the importance of this great thinker. I’ll share one any way from the great American non-conformist—Ralph Waldo Emerson;

There you have it. So, in the spirit of semper discentes, here are a few of my personal reflections from reading Plato’s dialogues.

I’m not sure where I encountered this in my reading of Plato, but it stuck with me. Often,   we’re obsessed with changing the world and its systems instead of doing hard work of changing one’s self. Maybe the best way to make the world better is to make yourself better and then go from there. Nothing fancy—just start with your own problems and vices. This is something that Tolstoy touched on;

While Socrates refusal to take the easy way out of his trial by refusing to no longer teach may not be considered wrong necessarily, he stands as a figure who was willing to die for what he believed to be true and right. Character over death.

3) Be a “gad-fly” or “midwife” on other people’s journey towards truth.

Socrates wasn’t satisfied with just being wise (something that he would not admit to). He was obsessed with practicing his dialectic method to pester everyone in order that they may end up one step closer to knowing what is true and what is not. He even gave himself the title the “gad-fly of Athens” to show how relentlessly annoying he often was. He also spoke frequently of being a “midwife” for others. He believed that you cannot teach truth or virtue but that instead it was found within oneself and that you just needed someone to show you how to bring it out. He didn’t teach anyone. He gave them to tools to recall what they already knew. Socrates believed so powerfully in this that even after 500 Athenian citizens voted him to kill him because of his “impiety” and “corruption of the youth of Athens” that his last words to the people of Athens were that they should be the “gad-fly” to his own children and poke and prod them until they find truth after Socrates death.

4) Philosophy happens among conversations with friends.

This is by far my favorite reflection. All of Plato’s dialogues take place among friends while walking, sitting under a tree, or drinking at a party. If we want to be wise, maybe we should spend less time reading and more time leisurely enjoying one another’s company.

5) Be committed to the pursuit of truth—not the winning of an argument.

The dialectic method of Socrates is characterized by the espousing and cross-examination of some point of view or idea within a conversation. For it to work, both individuals must be committed to arriving at truth via the conversation. This is where we often fall short and should be more like Socrates. It’s imperative that we approach conversations, discussions, and arguments with humility and being willing to concede when one is wrong. When your aim in a conversation is to arrive at truth via the dialectic, you will be less likely to die on an ant mound of an ideology instead of a mountain of truth.

6) The unexamined life is not worth living.

This is self-explanatory and actually is not a quote of Socrates although he did say it. Here he was quoting someone other tradition or people group, but it’s often attributed to him. Regardless, it encapsulates the lives of Plato and Socrates and should be shared.

7) Don’t rely on the written text.

Today we have almost unlimited access to books, articles, and journals. This can often lead to us being far too reliant on the written word. While it is an incredible tool, it can be also be a crutch of sorts. In the Phaedrus dialogue, Plato addresses the idea of the written word and his (ironic) disapproval of it. Socrates goes into detail about the written word’s inability to defend itself and that those who use it often end up relying on it. Although books are a powerful resource, how much do you really know when you don’t have access to a book or journal for reference?

And there you have it! I hope you all enjoyed this and have been encouraged to read or revisit Western civilizations greatest philosopher. If you’re thinking about picking up some Plato, I would encourage you to read Benjamin Jowett’s version for its readability and literary style. I’ve linked it below.

... View all posts by Dakota Wade